Care Articles Jobs Aurora, How Are We Doing? 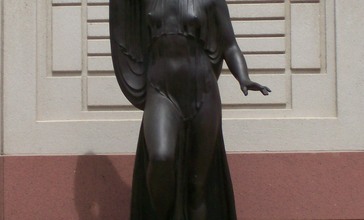 Share:
Care Articles Jobs Aurora, How Are We Doing?

Aurora, a suburb of Chicago, is a city predominantly in Kane County and DuPage County, with portions extending into Kendall and Will counties. It is in the outer region of Chicago metropolitan area in the U.S. state of Illinois. It is the second most populous city in the state, and the 114th most populous city in the country. The population was 197,899 at the 2010 census, and was estimated to have increased to 199,963 by July 2013. Once a mid-sized manufacturing city, Aurora has grown tremendously since the 1960s. Founded within Kane County, Aurora's city limits and population have expanded into DuPage, Will, and Kendall counties. Between 2000 and 2003, the U.S. Census Bureau ranked Aurora as the 34th fastest growing city in the United States. From 2000 to 2009, the U.S. Census Bureau ranked the city as the 46th fastest growing city with a population of over 100,000. In 1908, Aurora adopted the nickname "City of Lights", because it was one of the first cities in the United States to implement an all-electric street lighting system in 1881. Aurora's historic downtown is located on the Fox River, and centered on Stolp Island. The city is divided into three regions, The West Side, on the west side of the Fox River, The East Side, between the eastern bank of the Fox River and the Kane/DuPage County line, and the Far East Side/Fox Valley, which is from the County Line to the city's eastern border with Naperville. The Aurora area is home to an impressive collection of architecture, including structures by Frank Lloyd Wright, Ludwig Mies van der Rohe, Bruce Goff and George Grant Elmslie. The Hollywood Casino Aurora, a dockside gaming facility with 53,000 square feet (4,900 m2) and 1,200 gaming positions, is on the river in downtown Aurora. Aurora is also home to a large collection of Sears Catalog Homes (over 50 homes) and Lustron all-steel homes (seven homes).

How did Illinois earn the grade of C+? We examined the state taxes based on how age friendly they are. Illinois has a state sales tax of 6.25%. Of particular interest is that Illinois does not have taxes on social security. There are estate taxes. There are no taxes imposed on inheritance. Illinois has an effective property tax rate of 2.32%. Weighing these taxes and other taxes most likely to impact the aging population is how Illinois earned its state tax grade of C+.

Learn more about taxes in Illinois

Would you recomended Aurora, IL to your older friends and family?

Detailed reviews require a rating for each category. When you complete these category ratings, you help others better understand what makes Aurora, IL age-friendly.

Your overall rating for Aurora, IL

Thanks for posting your Review. Will you help others understand what makes Aurora, IL age-friendly by providing a bit more detail to your rating?