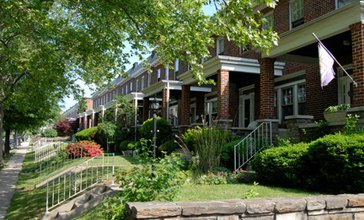 Baltimore is the largest city in the U.S. state of Maryland, and the 30th-most populous city in the United States.

Baltimore was established by the Constitution of Maryland and is an independent city that is not part of any county.

Baltimore is located about 40 miles northeast of Washington, D.C., making it a principal city in the Washington-Baltimore combined statistical area (CSA), the fourth largest CSA in the nation with a calculated 2016 population of 9,665,892. Founded in 1729, Baltimore is the second-largest seaport in the Mid-Atlantic.

The city's Inner Harbor was once the second leading port of entry for immigrants to the United States and a major manufacturing center. After a decline in major manufacturing, industrialization, and rail transportation, Baltimore shifted to a service-oriented economy, with Johns Hopkins Hospital (founded 1889) and Johns Hopkins University (founded 1876), now the city's top two employers. With hundreds of identified districts, Baltimore has been dubbed a "city of neighborhoods".

Would you recommend Baltimore, MD to your older friends and family?

Detailed reviews require a rating for each category. When you complete these category ratings, you help others better understand what makes Baltimore, MD age-friendly.

Your overall rating for Baltimore, MD

Thanks for posting your Review. Will you help others understand what makes Baltimore, MD age-friendly by providing a bit more detail to your rating?