Care Articles Jobs Bearcreek, How Are We Doing? 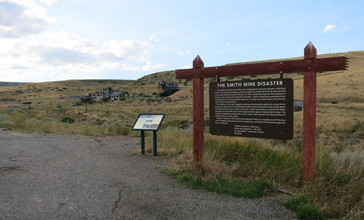 This is an image of a place or building that is listed on the National Register of Historic Places in the United States of America. Its reference number is by Criz067 is licensed under CC BY-SA 3.0
Share:
Care Articles Jobs Bearcreek, How Are We Doing?
Bearcreek is an incorporated town in Carbon County, Montana, United States. It is part of the Billings, Montana Metropolitan Statistical Area. The population was 79 at the 2010 census. Bearcreek uses the Mayor/Council form of government. The town of Bearcreek was named for Bear Creek, which runs through the middle of town. Bearcreek came into existence due to coal mines and grew rapidly following the building of a short line railroad connecting the Bearcreek mines to the Northern Pacific Railroad in 1906. Between 1906 and 1953, the mines at Bearcreek produced large volumes of coal, which was a higher grade than other regional sources, from the extensive underground coal mining deposits. The mines were located along the creek and also in the surrounding coulees. The development of the coal mines after 1906 drew miners to the area. They came from other parts of America, and from Serbia, Montenegro, Germany, Scotland and Italy. The recent immigrants built separate ethnic-based communities in the steep coulees that run down into Bearcreek, with names like Washoe, New Caledonia, Chickentown, Scotch Coulee, International, and Stringtown. At one time in the 1920s and 1930s the population of Bearcreek combined with the other surrounding small communities was close to 3,000 persons. Bear Creek and the surrounding communities had seven mercantiles, a bank, two hotels, two billiard halls, a brickyard, numerous saloons, and Bearcreek sported concrete sidewalks and their own water system. Allegedly, the town had no churches. The economy of Bear Creek was based on coal. The Smith Mine Disaster in 1943, followed by the decline in demand for coal in the late 1940s and 1950s caused the closure of the connecting railroad in 1953 and subsequently most of the coal mines, and the population declined steadily to less than 100 persons. Many buildings in Bearcreek and the surrounding communities were moved to other towns or demolished, and only a few structures remain. Currently, the town is home to the Bear Creek Saloon which hosts fundraising pig races throughout the year. In addition, Bearcreek plays host every autumn to Montana Falconer Symposium, the state's largest gathering of falcon trainers and birds of prey enthusiasts. When the legality of betting on pig races was challenged, a law was passed—Montana Code Annotated 23-5-502(b) -- stating that "Only a licensee of premises that are located in an incorporated city or town with a population of less than 100 or located outside the boundaries of an incorporated city or town and that are appropriately licensed to sell alcoholic beverages for consumption on the premises under 23-5-119 may conduct a race between animals and conduct one or more sports pools on the race. The race may be conducted only if it is between pigs, gerbils, or hamsters and is conducted on the premises but outside of interior areas of the establishment where food and beverages are usually stored, prepared, or served." Bearcreek is the only incorporated city or town in Montana with a population of less than 100.
Reviews (0) 0
By Rating 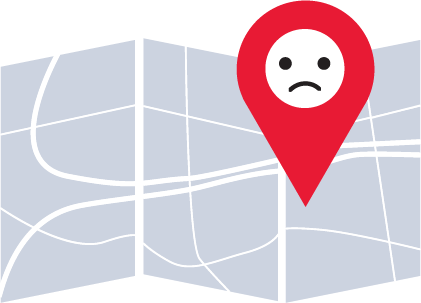 There are no reviews for Bearcreek yet.

Be the first one to review this city!

How did Montana earn the grade of C? We examined the state taxes based on how age friendly they are. Montana has a state sales tax of 0.00%. Of particular interest is that Montana does have taxes on social security. There are no estate taxes. There are no taxes imposed on inheritance. Montana has an effective property tax rate of 0.85%. Weighing these taxes and other taxes most likely to impact the aging population is how Montana earned its state tax grade of C.

Learn more about taxes in Montana