Care Articles Jobs Rockford, How Are We Doing? 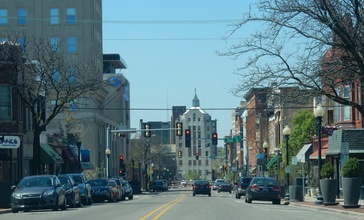 Share:
Care Articles Jobs Rockford, How Are We Doing?
Rockford is the third largest city in the U.S. state of Illinois, the 171st most populous city in the United States, the largest city in Illinois outside the Chicago metropolitan area, and the city of the 148th most populous metropolitan area in the United States. It is the county seat of Winnebago County and is located on both banks of the Rock River in far northern Illinois. A small portion of Rockford dips down into neighboring Ogle County. According to 2010 census data, the City of Rockford had a population of 152,871, with an outlying metropolitan area population of 348,360, which was estimated to have decreased to 150,251 and 344,623, respectively, by July 2013. During 2017, a special census was completed putting the population at 153,379. Settled between 1834 and 1835, Rockford was strategically positioned between Chicago and Galena and thus became suitable for industrial development. Rockford was notable for its output of heavy machinery and tools; by the twentieth century, it was the second leading center of furniture manufacturing in the nation, and 94th largest city. Its decline, emblematic of other cities in the Rust Belt, led to economic diversification into automotive, aerospace, and healthcare industries, as well as the undertaking of various tourism and downtown revitalization efforts. Nicknamed the Forest City, Rockford is known for various venues of cultural or historical significance, including Anderson Japanese Gardens, Klehm Arboretum, Tinker Swiss Cottage, the BMO Harris Bank Center, the Coronado Theatre, the Laurent House, and the Burpee Museum of Natural History. Its contributions to music are noted in the Mendelssohn Club, the oldest music club in the nation, and performers such as Phantom Regiment and Cheap Trick.
Reviews (17) 23 Options
Show
Sort by
Advanced Filters
By Rating

Brenda Janssen
Brenda Janssen
Rockford, IL
Rockford
There are very few apartments set up for Seniors only who charge according to income as there are in Wisconsin. The buses in this city are somewhat limited to downtown and a few arterial streets that do not go to other areas in the city that have seniors living there. There are not many programs set up to educate seniors in technology operation. There are no places for seniors to work here except for limited retail jobs, like Walmart, Farm and Fleet, and gas stations like Love's. I would definitely say Rockford is not that senior-friendly. There are retirement living nursing homes and independent living community apartments, but these are quite expensive and inaffordable for seniors living on fixed incomes like social security. Also Illinois taxes people on social security also.
Upvote 0
Downvote 0

How did Illinois earn the grade of C+? We examined the state taxes based on how age friendly they are. Illinois has a state sales tax of 6.25%. Of particular interest is that Illinois does not have taxes on social security. There are estate taxes. There are no taxes imposed on inheritance. Illinois has an effective property tax rate of 2.32%. Weighing these taxes and other taxes most likely to impact the aging population is how Illinois earned its state tax grade of C+.

Learn more about taxes in Illinois

Would you recomended Rockford, IL to your older friends and family?

Detailed reviews require a rating for each category. When you complete these category ratings, you help others better understand what makes Rockford, IL age-friendly.

Your overall rating for Rockford, IL

Thanks for posting your Review. Will you help others understand what makes Rockford, IL age-friendly by providing a bit more detail to your rating?