Care Articles Jobs Pittsburg, How Are We Doing? 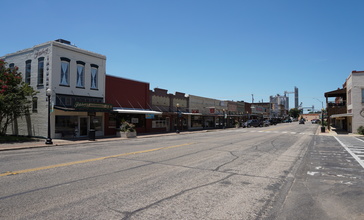 Share:
Care Articles Jobs Pittsburg, How Are We Doing?

Pittsburg is a city located in Camp County, Texas.

As of the 2010 census, the city had a total population of 4,497. It is the county seat of Camp County. It is best known as the former home of the giant poultry producer Pilgrim's and the home of racing legend Carroll Shelby. Pittsburg is also the birthplace of Cavenders Boot City. It is also the hometown of Tennessee Titan Kendall Wright. In 1902, it was the site of an early flight attempt by the Ezekiel Air Ship Mfg Co.

Climate
The climate in this area is characterized by hot, humid summers and generally mild to cool winters. According to the Köppen climate classification system, Pittsburg has a humid subtropical climate, abbreviated "Cfa" on climate maps.

Pittsburg is located in the geographic center of northeast Texas in the I-30 corridor, on US Highway 271 and SH 11, ten minutes south of I-30 and forty-five miles from I-20.

How did Texas earn the grade of B? We examined the state taxes based on how age friendly they are. Texas has a state sales tax of 6.25%. Of particular interest is that Texas does not have taxes on social security. There are no estate taxes. There are no taxes imposed on inheritance. Texas has an effective property tax rate of 1.86%. Weighing these taxes and other taxes most likely to impact the aging population is how Texas earned its state tax grade of B.

Learn more about taxes in Texas